We are saddened by the loss of the practice's founding physician, Dr. Samuel Sprotzer. His memory and ideals continue to be embraced by the physicians and staff of Eye Physicians and Surgeons and we continue to follow Dr. Sprotzer' s lead in delivering the most compassionate and advanced eye care possible.

Dr. Sprotzer was a Board Certified Ophthalmologist and founder of Eye Physicians and Surgeons, P.C., one of the largest multispecialty ophthalmology practices in the New Haven area. He had been in practice for more than 25 years, with subspecialty training and expertise in cataract and anterior segment surgery, refractive surgery, and laser vision correction. Dr. Sprotzer grew up in New York City, attending the Bronx High School of Science. He graduated from Columbia University and then received his medical degree from New York University School of Medicine.

Dr. Sprotzer had been in the forefront of adapting the new surgical techniques of phacoemulsification, small incision and stitchless cataract surgery that has resulted in more rapid patient recovery and less dependence on glasses postoperatively. He had been actively involved in teaching these new state-of-the-art techniques to other physicians. Dr. Sprotzer was Chairman of Ophthalmology at Milford Hospital. He was an attending physician at Yale-New Haven Hospital, He was a Fellow of The American Academy of Cataract and Refractive Surgery, the International Society of Refractive Surgery, the Connecticut Society of Eye Physicians, and the New England Society of Ophthalmology. 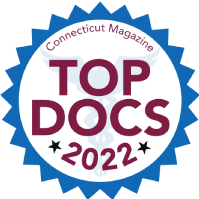 5 CONVENIENT LOCATIONS IN YOUR AREA